VAL THORENS WITHOUT WATER. WE SAY HOW IS AT RESORT - Snowee

VAL THORENS WITHOUT WATER. WE SAY HOW IS AT RESORT

Attention, attention (there are fanfare in the background), in front of you: Val Thorens in 3 Valleys. Here is the largest integrated winter resort in the world. There are over 600 km of trails ahead of you, the number of attractions not to be counted and the most French towns of the French, generally everything glamor and magnifique.

In turn: The 3 Valleys in France are very extensive and consists of several accommodation places, 48 restaurants, 39 ski lifts, 62 routes and large snow parks. You also need to know that the standard version of the pass covers roughly 1/3 of the sports area.

It's really enough to drive on different routes for 6 days and not be bored. For boots, we have an extension of the subscription (during the season the price may change, but currently it is about PLN 200).

In SNOWEE we go to the top Val Thorens and a little calmer Les Menuires, and in the future we will also visit the renowned hamlet of Orelle (I will also mention the local areas available from VT).

For now, we are not going to Courchevel, where there is one of the most dangerous airports in the world, and Putin goes skiing.

It is the highest resort in the whole Alps! The buildings are located up to 2300 meters above sea level, which means that you can be calm about the snow until spring. Val Thorens is characterized by higher and larger buildings than in other valleys, opening just below huge peaks, and the streets are not driven by cars (a town closed for traffic). Importantly, most of our residences are marked as ski in ski out, which means that the slope goes directly from the hotel / chalet.

The impression of the lifts going to the nearby peaks from the city center is really interesting. 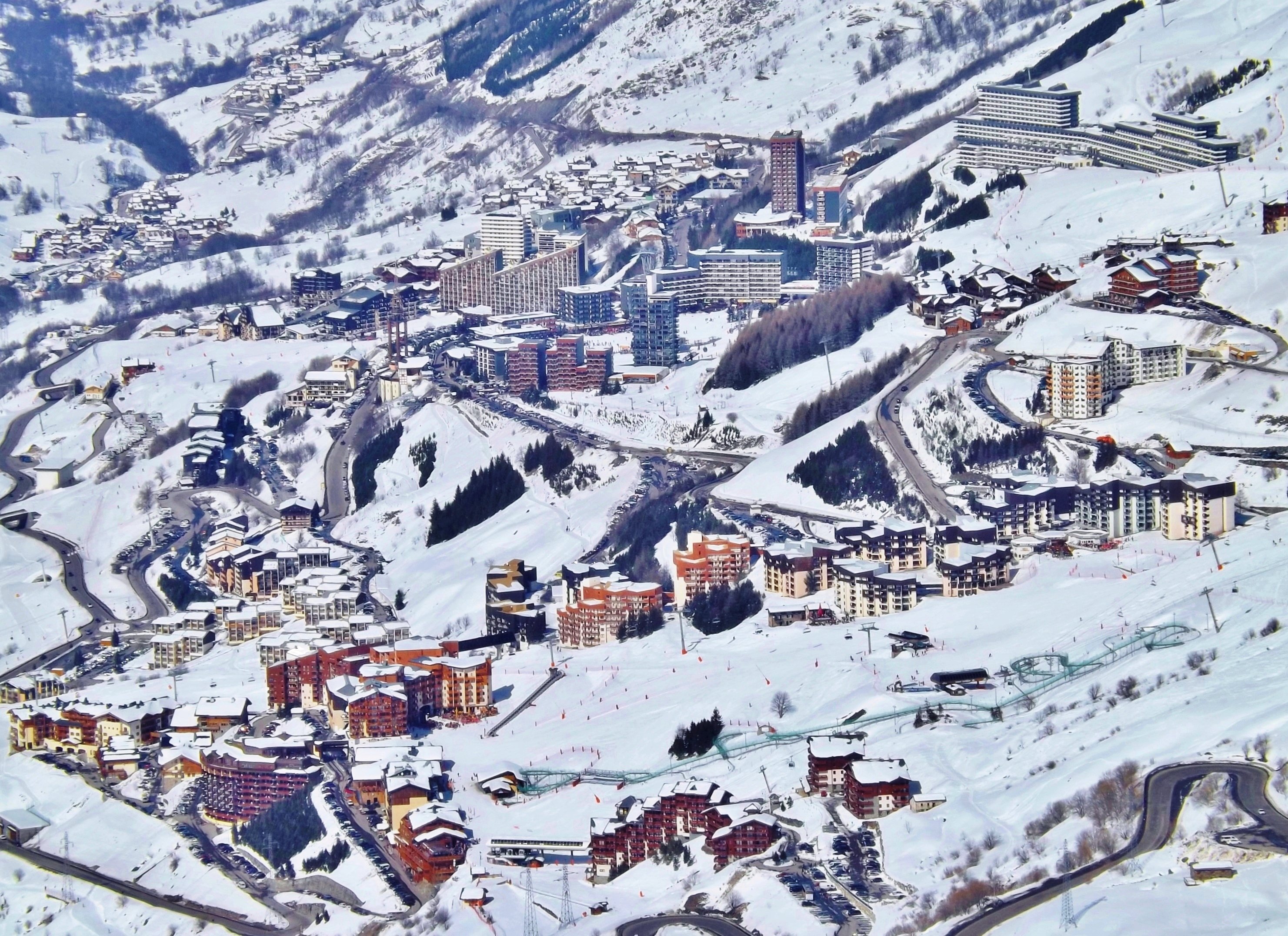 VT is a great place for party animals. There is the largest dance floor in the entire Alps - La Malaysia club. Interestingly, this one is underground, and you get inside through a small booth, literally 2 & #215; 2 m. Very well-known artists, such as Afrojack (and 2 years ago also our djs - greet Elber) are playing here. The local apres ski at La Folie Douce is also iconic. 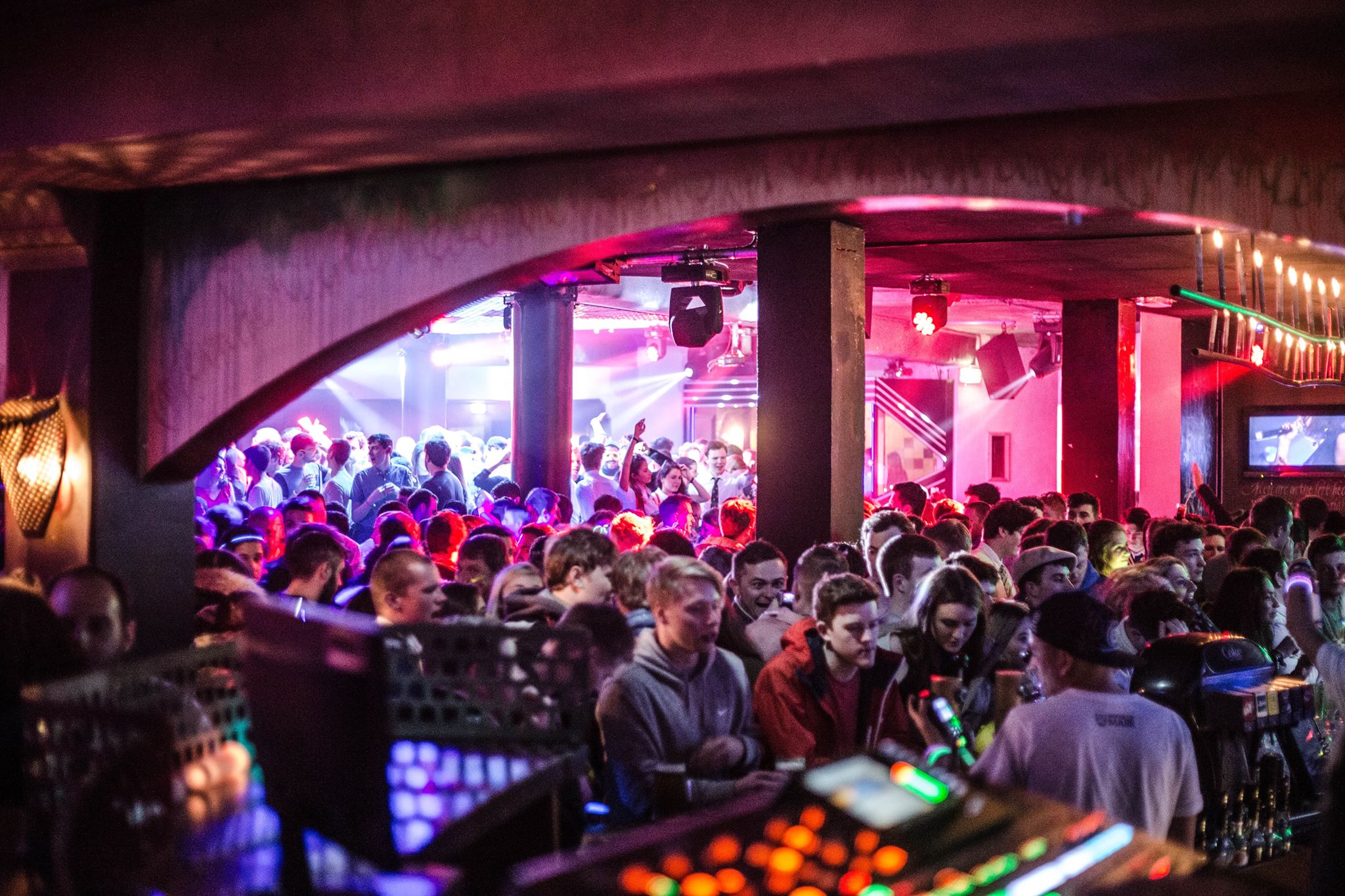 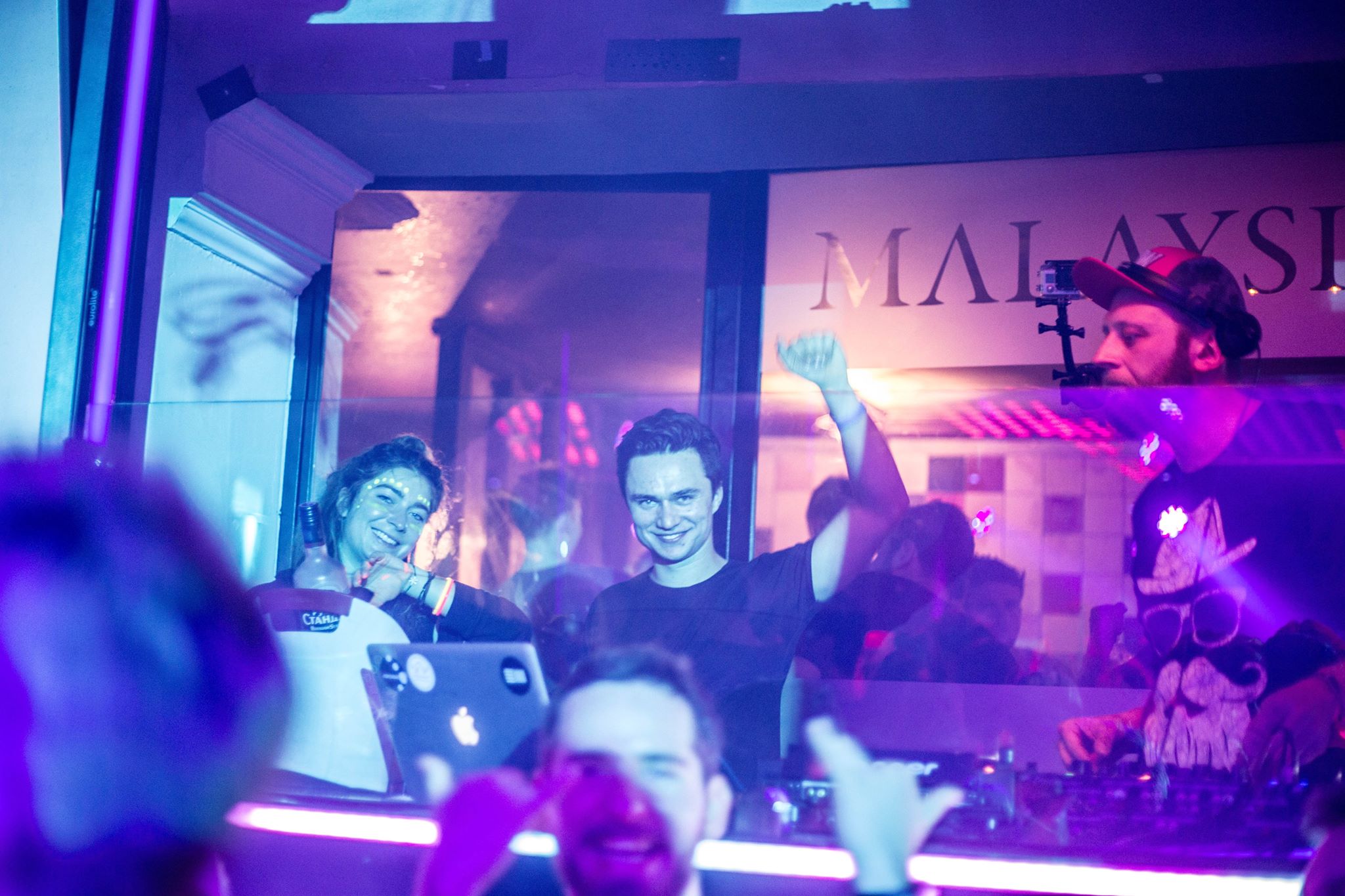 La Malaysia and DJ Elber from our crew at the controls!

L'epiciurien, a restaurant with a Michelin star (the chef is Jeremy Gillon specializing in Fusion cuisine based on local products)? Overnight in an arranged igloo? You can do everything, provided you can afford it.

More earthy the cool thing is the highest zipline in the world! It descends from 3230 meters above sea level, overcoming a 230 m difference in level and at a speed of over 100 km / h. This is the numbers in La Tyrolienne, for which admission costs 50 euros. This is a reasonable price, given that it is not done every day. To get there, you need to take the Bouchet chairlift in Orelle (for persons from 8 years and up to 120 kg).

Unfortunately, we cannot get Les Menuires for the zipline of the subscription without an extension. If you don't want to extend your subscription, you can also check out Alpine Coaster. This, in turn, is the longest toboggan run in the French Alps - the trail is 1200 m long. It is a nice family attraction & #8211; the sledge is available for children over 3 years old.

And here we reach the merits. In 3 Valleys there is everything you can expect from skiing or snowboarding. Long, steep and difficult routes? Winding and easy scenic routes? Will I send learning links? Large and quality snowparks? You will find them here. After all, it is the largest winter resort in the world! The high quality of the railway is also noteworthy - for example, the Cime Caron "tram gondola" is impressive. The wagon's deck holds up to 150 people, and the train overcomes 866 m of elevation and allows access from virtually the VT itself to one of the highest peaks in the area. 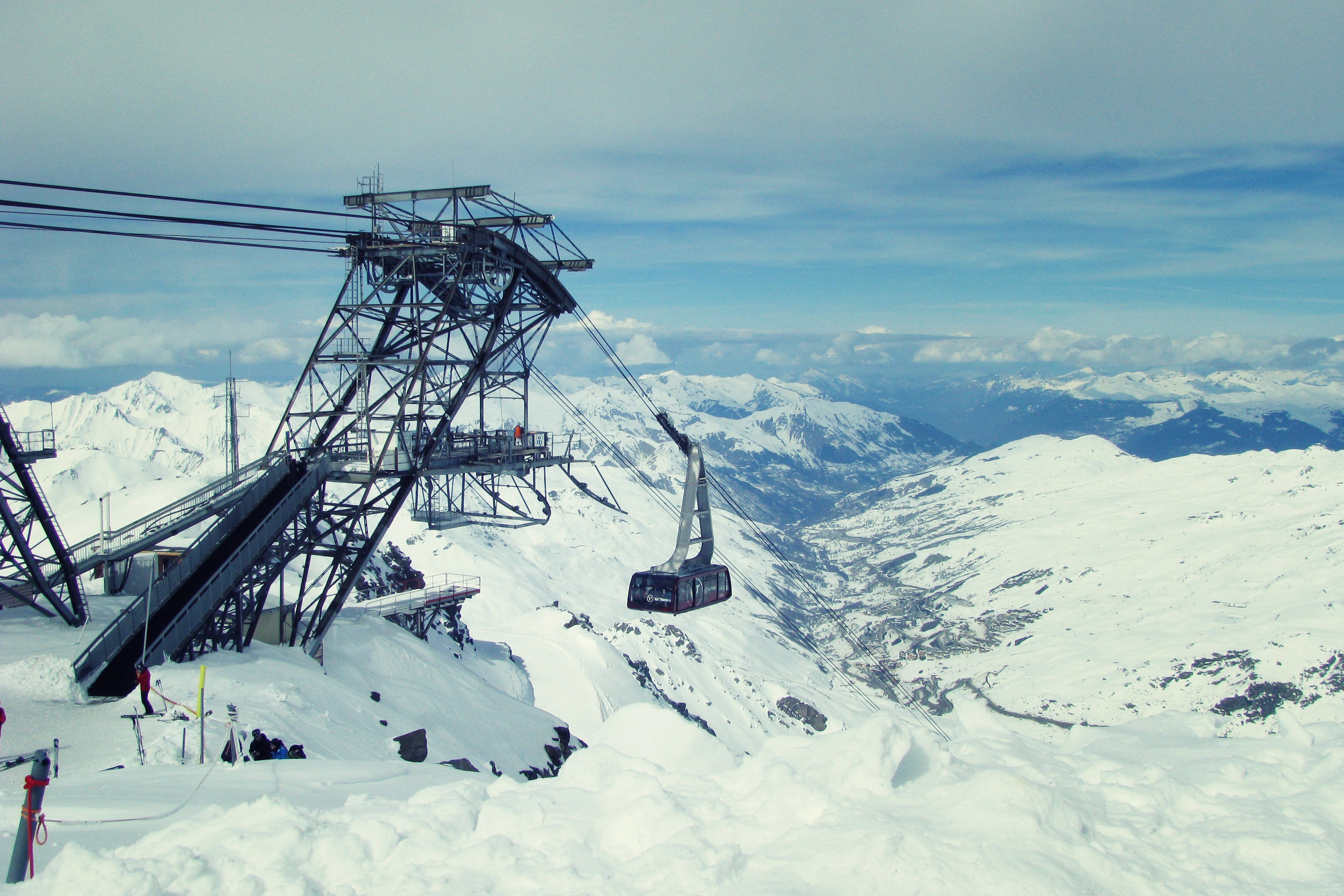 Freeriders will also love VT! 3 Valleys, actually 4, because Orelle can be counted next (this is also known by the nickname), this is a place with unlimited places to ride from the lift off piste. Even the simplest choice of the route running under the Peyron and Bouchet chairs is a few kilometers of unlimited fun in the snow fields (of course as far as the embankment, and he likes to sleep there!). We descend near the zipline, i.e. from 3230 meters above sea level, the highest point in all 3 Valleys. 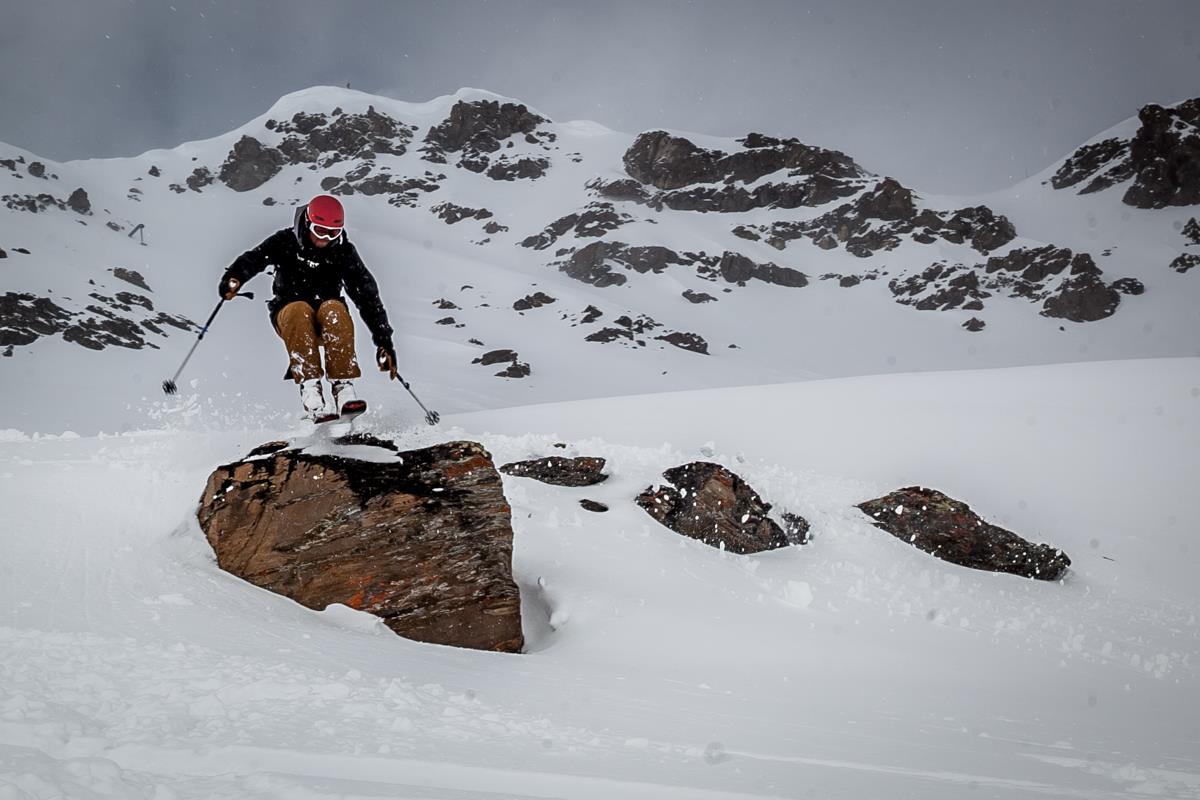 Such options are there ... dozens, usually easily accessible from the statements. It is also worth following the premises to discover a secret spot. We are talking mainly about big mountain downhill runs, sometimes running between rocks, but generally relatively easy and predictable (despite this: take care of yourself, remember about avalanche equipment and that you take the risk at your own risk).

The author of the text was in many places, but little is able to compete with VT in this regard.

In nature, everything has pros and cons, even such a great place as Val Thorens. Unfortunately, the prices on site are high or very high. For example, the sausage in a bun (the one our gas stations are famous for) in a "cheap snack bar" costs 6 euros. We will pay a few euros more for beer on the slope.

Well, it's not cheap, but Val Thorens (Les Menuires, Orelle) are worth every hard-earned zloty.

The author of the text is Dominic, SKI pilot & instructor

We're not saying how it is in resorts is the title of our series, thanks to which you will get to know our completely subjective view of the centers on offer. In addition to the fact that we are organizers of trips, we love the Alps, have fun (we do not like to be bored!) And cool, nice places. We have prepared this cycle because we want you to know how it will be in place.

HOW TO BECOME JANUSZ ON THE SLOPE? OUR GUIDE